If your software is almost ready for release, you might be considering, and you are probably right, launching a beta version first, to make sure the market’s response is positive, and make adjustments if it is not. Here a few tips to help you make the best out of your beta testing!

But before we get started, what is a beta version of a software? Any software goes through an alpha-testing phase, that is usually carried out internally, to make sure that all major bugs and glitches are identified and corrected. However, in many cases, the number of possibilities and use cases for a software is too high for a small team to cover it all by itself. Releasing a second version of the software, free of the major bugs identified at first, to a larger group of users, will allow developers to collect more feedback both on possible remaining bugs, but more importantly on the overall user experience. 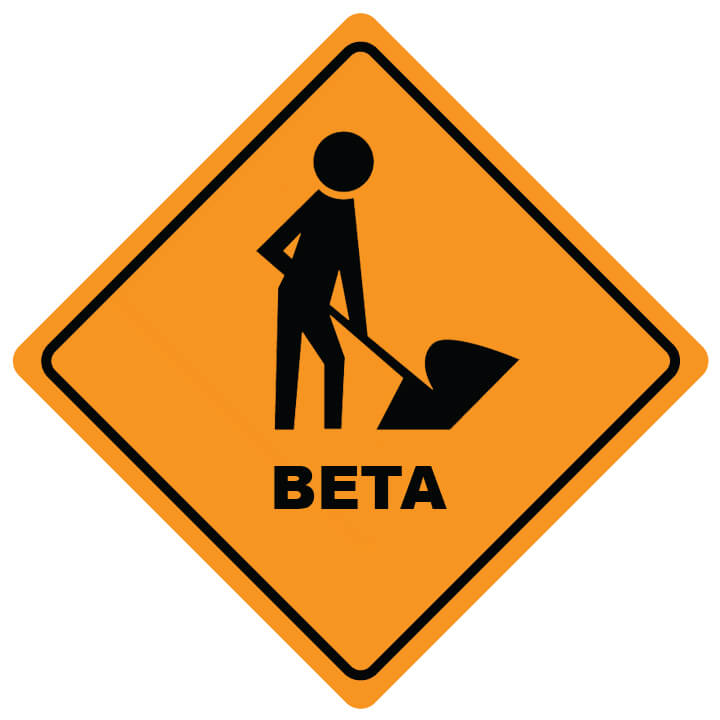 What do you want to do with your beta?

Launching a beta version of a software has now become quite common, but before you do it too, take some time to think about what you will want your testers to actually test. By the time you launch the beta, the software will be running pretty smoothly globally, but you might have in mind some features for which you need real customer feedback, or want to check if everything keeps on working okay when an important number of users connect simultaneously to an online service.

Identifying your main objectives for your beta testing will help you planify the differents steps of your testing period, but most importantly, it will make the testers’ job easier as they will know precisely what they should focus on during their time with your product.

Choosing your group of testers

You would probably want your beta testing to be short and easy, but unfortunately, it will probably take a few months, since you will need to have each new beta version you put out tested again to make sure all the adjustments and improvements are working the way users wanted them to, and the way you tried to implement them.

You will be spending a lot of time with your beta testers, and, hopefully, hearing a lot from them, so getting the right group of beta testers is the first thing you should be working on. Here a few things to keep in mind:

Note on NDAs: if your beta is private, and  you have not launched your product yet, you might want to look into Non-Disclosure Agreements (NDAs). The NDA will reinforce the importance of secrecy among your testers, and give you legal protection should anything leak.

People like to provide feedback in very different ways. Think about yourself: maybe you have never sent a bug report when your app or software crashed, maybe you have. Maybe you prefer writing emails once in a while to cover a long period of testing, or you’d rather send tiny pieces of feedback every time you get the chance. Chances are the same thing will happen for your beta testers, so letting them use whichever way they want will increase your chances of getting feedback.

Can your testers contact you? Email, Skype, Facebook, Twitter… They should be able to reach out to you in any way that is more convenient for them. Any effort you don’t put in making their lives simpler is an additional effort they will not make to send you the feedback you’re looking for. Whether they want to send a weekly recap of all the glitches they have encountered, and all the improvements they think would be useful, or just notify you instantly of what is going through their mind, your beta testers should not have to wonder if they can contact you through this or that way, as the answer should always be YES.

Want to get feedback on something more specific? A particular level in your game, or a question to which you would like to get an answer from all or part of your testers? An in-app prompt to answer a question is the surest way to find out what users are thinking. They have just finished a level you still have doubts about? Ask them what they think about! They have not been using a feature, or have been overusing an other? Ask them why, and find out what your users are really thinking. With polljoy, you can ask your testers anything you want, and customize your questions to match your software’s look and feel. Whether you ask multiple choice questions or open ones, you will have instant access to all the data to identify immediately the most important issues your users are facing.

Remember how you always skip those automatic bug reports (I know I do…)? Well, it turns out that some people don’t! Implementing those in your beta version comes at no (or little) extra cost, and it’s one effort people will not have to make if they want to report a crash. Just hit send, and voilà.

All this data, and now what?

Unfortunately, and despite your best efforts to put up a great testing team, some people will subscribe to the beta as a way to get early access to a software they are interested in, with no or little intention to provide feedback.

You probably wish the only angry things in your surroundings were those birds in your smartphone, but being surrounded with beta testers, the truth might be a little different. Some of your testers might not exactly understand that a beta version of a software is, by essence, imperfect and get pretty, um, harsh to you whenever something goes wrong. If you’ve picked your testers carefully, and let them know precisely what the situation was in the beginning, there shouldn’t be too many of those, but if they are, you can do either two things. If the feedback is valuable, you might want to smooth things out and remind the tester that bugs and glitches are inherent to beta testing. If harsh feedbacks keep on coming, remember you can always choose to exclude a tester from the process. However irritating it might be, keep cool – you do not want your software to come into market with detractors already waiting for you around the corner.

Being responsive both to positive and negative feedbacks will keep your testers participating, while censorship, even to overtly negative feedbacks, might not be very well received and insert a bias in the testing process.

Have you been beta testing recently? Share your experience with us at hi@polljoy.com or on Twitter, @polljoy!