A customer recently confided that balancing his new iOS puzzle game was much more difficult than he expected – in fact almost as hard as designing it in the first place.

As he explained it, “every time I increase the difficulty of the levels my ARPU goes up but my retention goes down – it’s like I can’t win”.  He’s not alone feeling that way.  At polljoy we consult often with game designers and game balancing in a freemium world ranks right up there as one of the top challenges.

On one hand you have to recognize that 95% of your players aren’t ever going to pay, but they still need to have a great experience or else they won’t stick around to give you great ratings, and downloads will drop – resulting in less chance to attract payers.

And then on the other hand, if it’s too easy for payers there is little motivation to start and keep spending. And spend they need to – given paid acquisition costs well above $US 1, each paying user needs to at least contribute $20-50 on average just to try to break even. How do you achieve a good balance then?

Here are 8 tips to help guide you through the process:

Every freemium game needs their pinch points, the places where users run out of something of value.  Points where they feel they need to spend if they want to keep making progress at that particular moment in time. 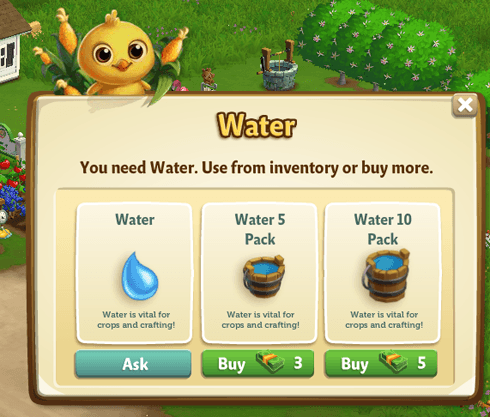 No matter what genre of game your freemium title is in, it’s important to identify what your pinch points are, and make sure they are easily understood by players in the UI and art. In general, the more direct a pinch point is, the more compelling it is. Running out of lives is a simple yet effective concept. A vague feeling that someone should invest in something for potential benefit somewhere else is often less compelling.

At the pinch points, you want to encourage your paying users to buy to bypass it and keep on playing further – smooth links to IAP are crucial. For competitive games where players are fighting each other you want to not directly appear to be unfair (pay to win) but design systems where paying achieves what could be also gained for free through skill or grinding (ie- indirect benefit) 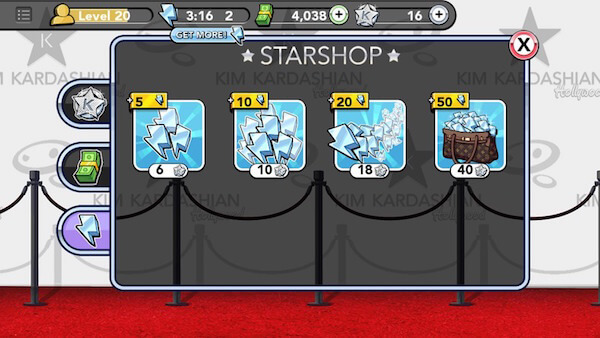 Next for the other 95% of players (the free users), there needs to be ways to overcome these pinch points. The simplest recovery method in most freemium games is time – energy replenishes in 4 hours, or new crops can be harvested in 8 hours providing new raw materials in a farm game etc. Other related options are grinding – doing actions over and over to recover that resource.

If it is grind related, the process should be interesting and diverse enough to keep their attention up while recovering. No matter the recovery option, it’s important that the player thinks it’s fun, fair and consistent.

Once you have your game design, pinch points and recoveries in place, it’s time to decide how long you want people to be playing and how many times a day.

For mobile games, players may be coming back 5-10 times a day or more, for sessions anywhere from 2-3 minutes up to 10-30 minutes and beyond.

You want to decide what you think is right for your game and audience, and then also decide how long it will take to complete your game for free (it’s good practice to make the game able to be finished with enough time and skill – complete pay blockers part way through the game don’t tend to work well), and conversely how much money it would take a paying user to finish playing the game in the shortest time possible (ideally 100′s if not thousands of dollars)

An alternative is to add extra (optional) branches of gameplay and content to encourage the paid “completionists” to spend more while providing a main branch for all players.

If you’re running a PvP game or one where new “content” is provided by the community themselves, then instead you should concentrate on how much payers could be spending per day or month and how many battles you expect them to participate in etc.

4/ Model your game and set your parameters

Using the targets above, dust off your spreadsheet skills and construct a model that will let you figure out how to set all the parameters in your game: 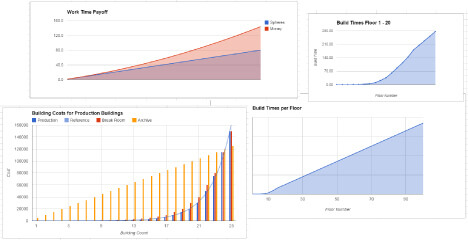 You want to make sure the free users will hit pinch points at the right frequency and recover at given rates so they won’t finish the game too fast, but will still find it interesting and not too frustrating so as to keep them playing and moving forward.

And for the paying users you want to make sure there is enough for them to spend their money on through the game to hit your target revenue per paying user. People who are interested in your game can start investing (spending) right within the first session, so make sure there are opportunities to do so.   For example – in many top games there is a special new user paid offer that appears within the first day.

Getting this combination right is one of the most difficult aspects of balancing. In providing the pinch points, it’s important for users to have a feeling of “near miss” as often as possible, to encourage them to keep trying to get over the finish line and completing that particular part.

Real life note – It’s often very challenging or impossible to build a complete theoretical model for your game balancing – yet it’s still worthwhile. And you may lack the real life gameplay data to let you build it from actual results “in the field”. Yet a model still is very helpful, so don’t be afraid to build in tunable “fudge factors” (more about that later).

Games are interactive systems with challenge and feedback – massive success, outright failure and everything in between. It’s important that the user keeps feeling a sense of progress in the game (new high score, or level up to a higher level etc) even at higher levels.

Ideally you want to give new users much initial progress, but not to slow this down exponentially at higher levels. Many game designers will go for a simple graph which means leveling up at higher levels get increasingly harder, and leads to frustration at the mid-end game: A better approach is to slow down the rate of increase in time between progress points, so that users still feel they are making progress at a steady pace.  eg- x axis is level and y axis could be days to get to the next level: 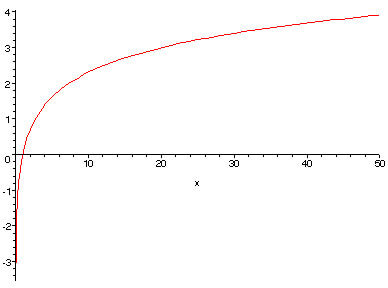 One way to achieve this is to have variety of mechanics (eg varied modes or different takes on standard goals) to effectively “multiply” the content and systems you have in your game. You don’t want to be the game where going from level 20 to 21 took only 2 hours but from level 40 to 41 takes 2 weeks – that gets boring, fast!

If you play top casual games from companies like King and Wooga you’ll notice that difficulty doesn’t smoothly scale up from extremely easy at the start up to impossibly hard on the last level.

Instead they gradually increase the scattering of so called “blocker” levels – the hard ones you need to try many times before passing. These get more frequent as you get further in the game, and individually can be more harder, but they still maintain a large number of easy or “relief” levels all the way through the game. 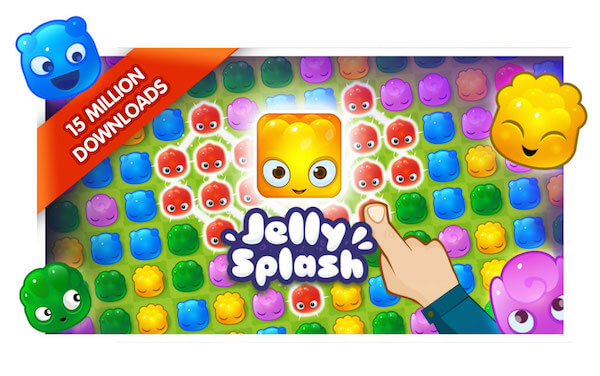 That way the gamer doesn’t dread the next level as being even more harder ad-nausea but instead looks forward to the unknown of what’s next – for example it could be an easy level where they feel a sense of mastery or a level designed to get them to make use of a new skill gained or tactic learned.

7/ Build tools to let you playtest, adjust and A/B test

Whilst models and live data can take you a long way, they are no substitution from playing your game – a lot!

You yourself have to experience what your players do to get a sense of the fun and frustration they experience. But playing through hours of gameplay multiple times each day isn’t feasible either. So it’s important to build in the cheats and tools to let you easily speed up time, gain more of desired items or time & level shift – so you can jump right to the point you really want to get to. Also it’s helpful to have the ability to load the database of other players into your test builds, so you can play exactly what they are playing (you may be surprised – especially in games that foster different strategies or play styles)

When it comes time for beta or launch A/B testing can also help – by allowing you to test different assumptions – eg that giving the player more rubies will let them get into the game further and be more likely to spend more later (sometimes hard to know the result in advance). Note that this is only useful if you have a large enough scale of traffic – make sure you figure out if you have that before you spend energy on the implementation work.

8/ Measure the real data to keep improving your model

What if you did all the modelling in your game balance and playtested thoroughly, but then launched and found out that session frequency was more than doubled what you planned for? 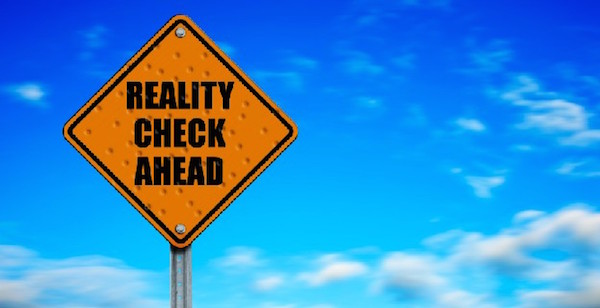 Well the good news is that you know and checked it. Many game designers make the mistake of not validating their initial assumptions and hence the balance is always off. Check all of your assumptions and “fudge factors” from live data, and make the model more accurate over time. Remember that freemium games are – games as a service rather than release and forget. We’ve seen game designers tell us they have increased retention and monetization by 200% in a matter of weeks just through thoughtful analysis and game balancing tweaks.

At the end of the day it’s all about your players. 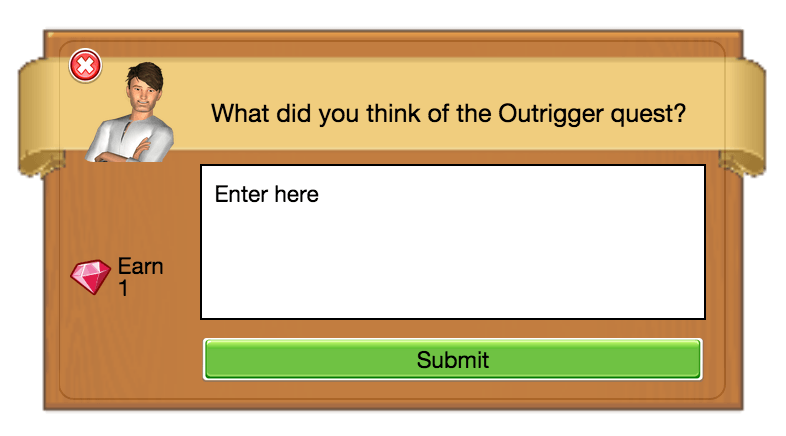 A change to nurf the payout rate in a city building game may temporarily increase monetization through currency purchase but result in largespread player dissatisfaction that could be resulting in big drops in other systems or metrics. Staying close to users also helps pick up any loopholes or bugs that may be disrupting your game balance.

There are a five key ways to get player feedback – all of which are important and in use by the leading game companies:

Hopefully with these tips you are able to design and balance better freemium games – that both retain free users as well as entertain and monetize paying users for your creative effort.

Good luck! If you’d like any help or have feedback feel free to get in touch – caroline@polljoy.com