Asking users to rate your game or app is a basic requirement today for any developer serious about their app-store results.  More ratings and positive reviews attracts more people to download, and influences the position on the charts and search results, which in turns increases downloads. 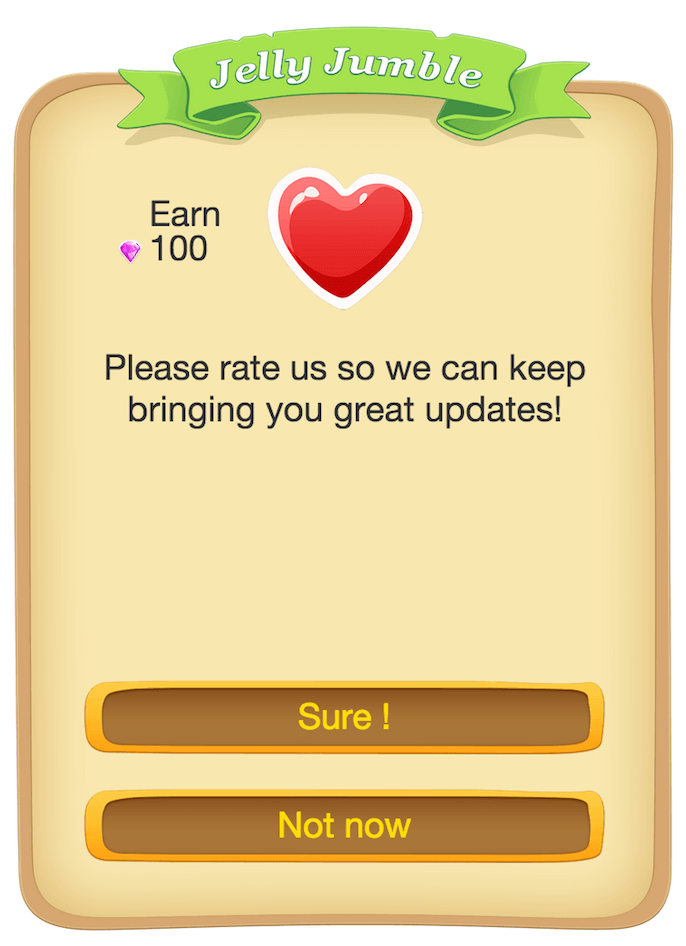 When implemented well in a way that respects users, there are many benefits for a small amount of integration work – it’s great low hanging fruit.

There are a few open source options available, from traditional request to more modern options.  Following is a comparison of 3 popular options:

Appirater is an open source project originally started by Arash Payan in 2009. 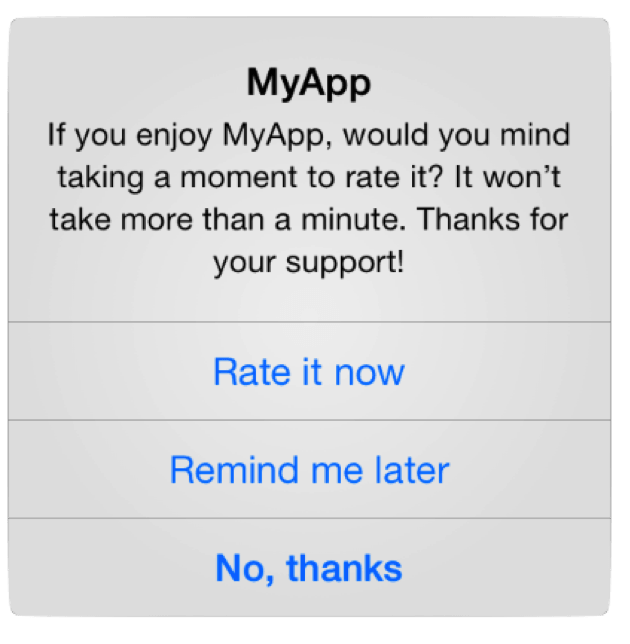 A simple utility originally for iOS environments (others have modified it for other platforms including Android), it presents a basic rating request popup that can be configured as follows:

Described by its author Nick Lockwood as similar to Appirater with a simpler interface, iRate is another simple open source plugin for iOS and also Mac appstore environments.

Similar to Appirater it supports basic control over the prompt appearance: 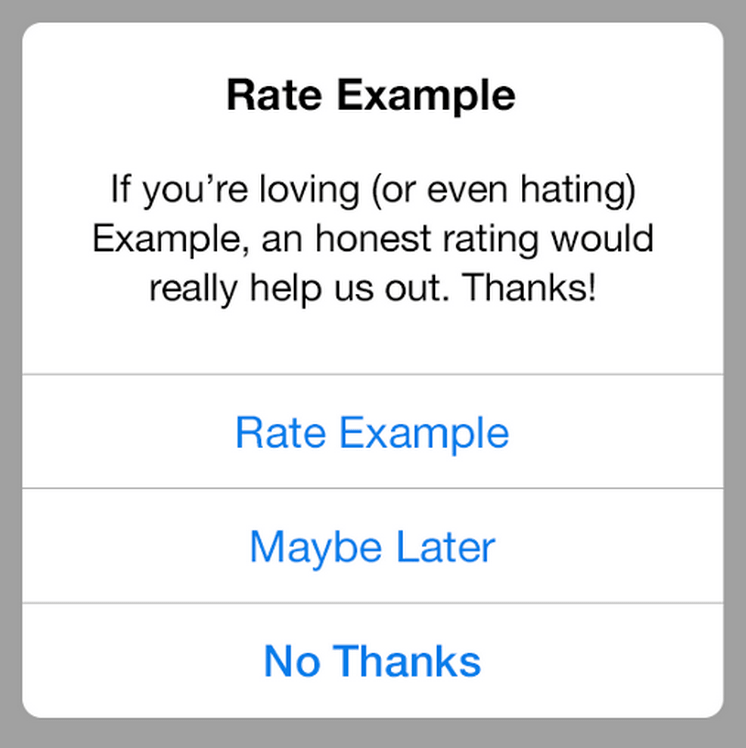 There have been a handful of derivation projects from iRate which branch in different directions – using star system for rating etc.

polljoy is newer option that supports style customization and virtual currency to feel more native to games and apps, and provide a better player / UX.  Geared in particular for Unity / game developers it’s also used by native app developers on Android and iOS. 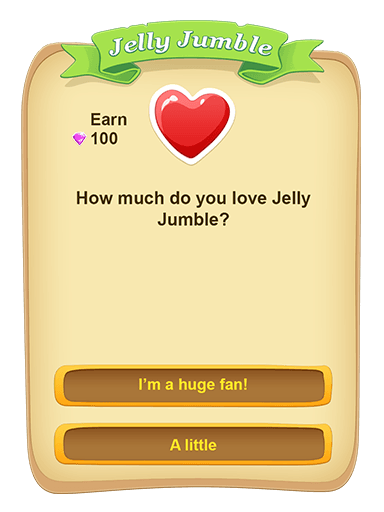 It has a flexible system to determine who should receive requests and when – for example – people who have completed the tutorial quest, or those who have achieved level 5 and have played for at least 30 minutes.

Whilst direct prompts can be used, the rating request approach suggested is: 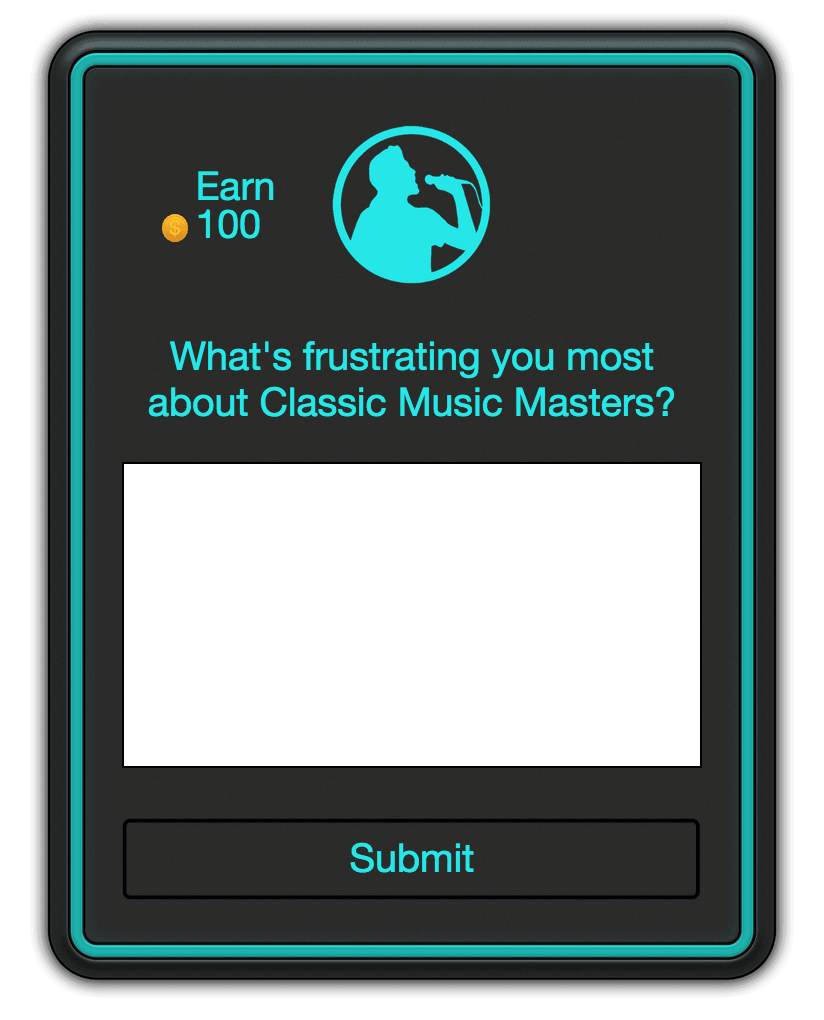 This approach has the benefit of gathering negative feedback in a place where the developer can follow up, rather than on the appstore which also brings down the average rating value.